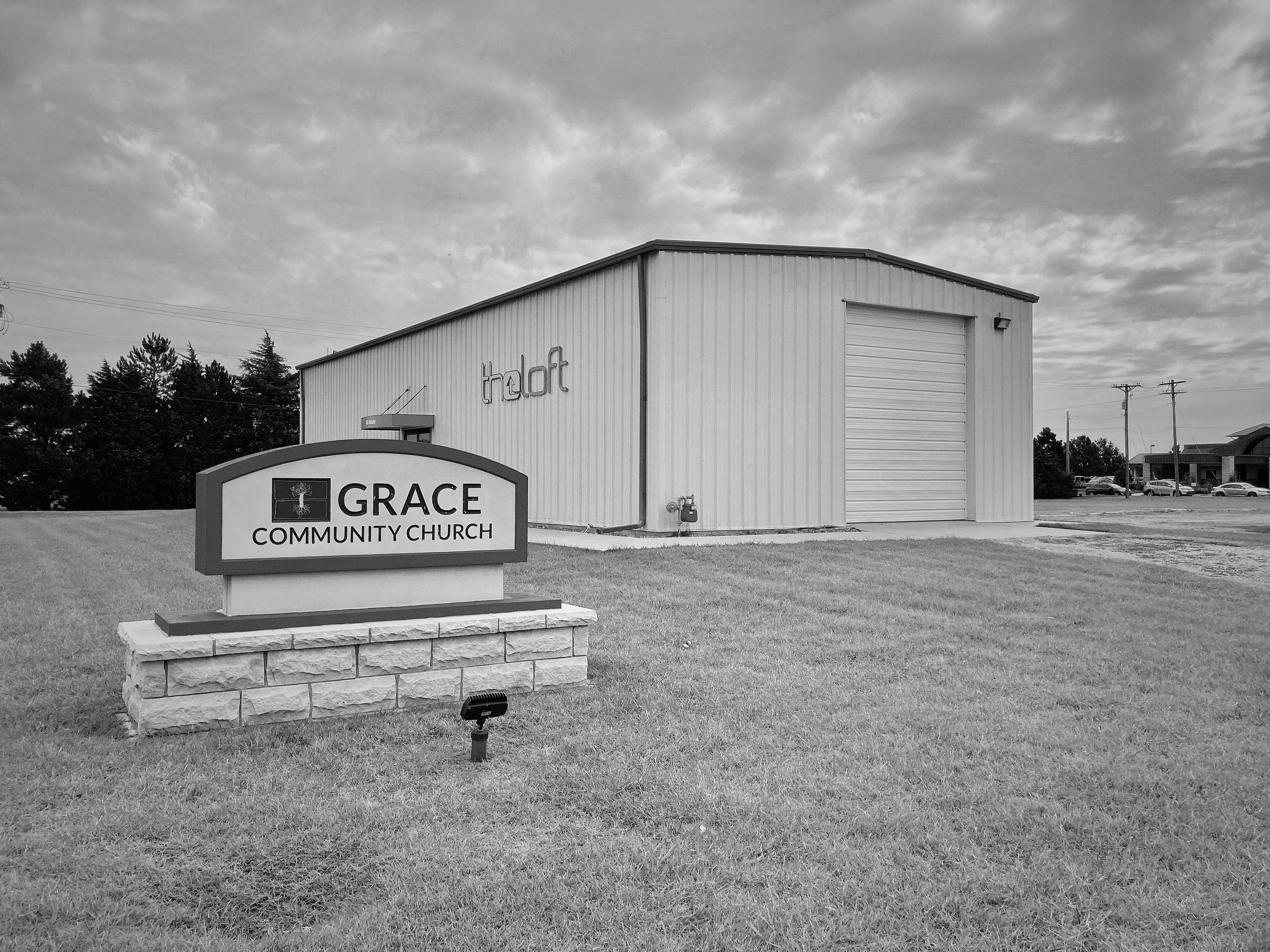 A brief history: Grace began in 1987 when a group of people started meeting to help launch a solid, evangelical church in Great Bend with an emphasis on reaching the lost.

The church grew steadily under the first pastor, Arlyn Thielenhaus, and continued under the second pastor, Shawn Winters. During that time, the location of the church changed several times. For a while, we were in a building now owned by Foundry Methodist on Broadway. We moved into the current location on McKinley in 2001.

Grace began as an independent, unaffiliated congregation. In 1997, the church affiliated with the Evangelical Free Church of America.

The church has had an elder-led form of congregational government since its beginning. That has been a genuine strength when navigating through difficult times. We thank God for how he has blessed, and above all, we recognize Christ's final authority over His church.

Pastor Jay Beuoy came in December of 2007. Since that time, the church has continued to worship and serve the Lord in the Great Bend community.

There have been changes over the last 13 years. Let me highlight a few of those.

After many years of numerical growth, the church went through a split in 2014. This was a tough time, but the Lord brought us through. Whether we intended it or not, it gave birth to another congregation in Great Bend, and to quote Paul," But what does it matter? The important thing is that in every way, … Christ is preached. And because of this I rejoice." Philippians 1:18.

Over the last ten years, we have seen various staffing changes. Two families have moved to Great Bend to join the pastoral staff. They are the Phillipses and the Kellys. Jonathan Phillips has since gone to a part-time role as worship director, but Jon Kelly continues as our full-time, student ministries pastor.

In 2011 our church acquired the adjacent north property, which included a large metal building. Shortly after this, through generous gifts of time, labor and money, the building was transformed into our youth ministry building known as The Loft.

Under our current leadership, Grace has changed. I believe it has changed for the better. We have moved away from what one might call an "attractional model" of church to a more "biblical model". Through the rest of this document, I will try to explain who we are and how we go about "doing church" together.